Considered the ninth member of the Wu-Tang Clan, Masta Killa (b. Elgin Turner - August 18, 1969; aliases: High Chief, Noodles) recorded his first rhymes at the end of “Da Mystery of Chessboxin’” from the Clan's 1993 classic seminal debut, Enter the Wu-Tang (36 Chambers).

He had never seriously written rhymes, let alone rap before then. However, under the tutelage of the GZA, he developed a steadily paced flow that accentuated his intellectual lyrics –– although equally distinctive were his smooth voice and understated demeanor.

Because Killa was incarcerated at the time, his closing verse on “Da Mystery of Chessboxin’” was his sole contribution to the album, but he always remained in the fold on the set of Wu-Tang solo records that ensued in the mid-‘90s, including GZA's Liquid Swords, Raekwon's Only Built 4 Cuban Linx…, and Ghostface Killah's Ironman.

Also after his release, Masta Killa made appearances on every Wu-Tang Clan album, many solo Wu projects, as well as projects by Afu-Ra, Bounty Killer and Public Enemy. Masta Killa feels his time has finally come.

He derived his rap name from the 1978 kung-fu film Shaolin Master Killer, (Shao Lin san shi liu fang). He is also known as Noodles, and is often referred to as Jamel Irief. The most quiet and mysterious Wu-Tang member, Masta Killa rarely speaks during public appearances and interviews and very little is known about him.

“I know I seem serious and quiet to a lot of the fans. That's because I take my work seriously. It's not a game. The Clan and I work hard to give you the best,” says Masta Killa.

There was no questioning his status in the Clan after the release of their 1997 album, Wu-Tang Forever, where Killa contributed to numerous tracks, particularly his standout lines on the lead single, “Triumph.”

“I'm bringing back that original Wu-Tang sound. I'm bringing the family and fans back together like how everyone remembers… the whole Wu-Tang movement. I know what they've been waiting for all these years any they won't be disappointed.” 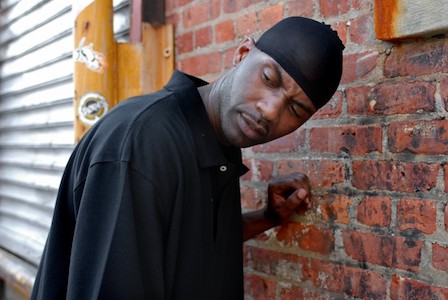 Nonetheless, similar to the plight of Wu-Tang member Inspectah Deck, Killa worked on his solo material for many years before it would actually come out. After two more Wu-Tang full-lengths and a second string of Wu splinter projects, his solo career finally began with No Said Date, released via underground rap label Nature Sounds in 2004 –– the first solo release by MK and the first by a Wu-Tang Clan member to stay entirely in-house for production in quite sometime, having been handled mostly by RZA, True Master & Allah Mathematics.

Staying in-house with producers the RZA, Mathematics, and True Master, the album was one of the few Wu-related releases post-Wu-Tang Forever that received critical praise, particularly by Wu-Tang's loyal fan base. Killa returned in 2006 with Made In Brooklyn, working with a more diverse array of underground producers, including MF Doom, Bronze Nazareth, and the legendary Pete Rock.

This is a gathering / of the masses that come to pay respects to the Wu-Tang Clan / As we engage in battle, the crowd now screams in rage / The high chief, Jamel Irief, take da stage