Cappadonna (born September 18, 1969), had known the Wu-Tang Clan members since grade school in Staten Island, and he had even decided at the age of 15 that he could write and perform lyrics. 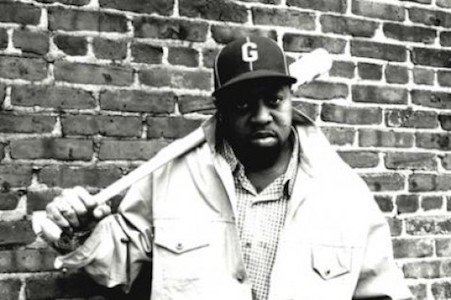 In 1995, he made his recording debut on Raekwon's Only Built 4 Cuban Linx album.

With that album, he became an official member of the Wu-Tang Killa Beez, and years later, he appeared on Ghostface Killah's Ironman, and the Clan's second album, Wu-Tang Forever.

Cappadonna's solo debut, The Pillage, finally appeared in March 1998. As the sixth Wu solo project, the album was an instant success upon its release, debuting at number three on the charts.

A sophomore effort, The Yin and the Yang, followed by his third album, The Struggle, were released 2001 and 2003.

Cappa inked a deal with Chambermusik Records/Koch in 2008 with The Cappatalize Project and then with the release of Slang Prostitution in 2009. Known for his colorful wardrobe, he frequently refers to fashion designers and his large collection of boutique clothing in his raps.

In the 2010 documentary Wu-Tang Saga, Cappadonna stated that his name is an acronym: “Consider All Poor People Acceptable Don't Oppress Nor Neglect Anyone.”

His 2013 effort Eyrth, Wynd & Fyre/Love Anger & Emotion was a double-disc effort on RBC with the second disc introducing his protégés, rappers Lounge Mode and Sav Killz.

Known for his colorful wardrobe, he frequently refers to fashion designers and his large collection of boutique clothing in his raps.

In 2019, Cappadonna was featured in Wu-Tang Clan: Of Mics and Men, a documentary in honor of the 25th anniversary of Wu-Tang Clan's debut album, Enter the Wu-Tang (36 Chambers).

Divine can't define my style is so deep / like p*ssy, my low cut fade stay bushy / like a porcupine, I part backs like a spine, / gut you like a blunt and reconstruct your design